This article originally featured on The Underground online

All throughout high school, Jasper Sloan Yip crafted and wrote songs. He was inspired to learn how to play an instrument by the kids at his summer camp. Music was all Yip wanted to do for years, but aside from a few friends and a handful of family members, it was a private affair. One night in Amsterdam, following two years of college and a year abroad, Yip decided he wanted to record more music, play more shows, and take music more seriously: we’re grateful that he did.

Jasper Sloan Yip is the award-winning songwriter at the head of the eponymous folk-rock group from Vancouver. A self-taught-musician and one of the West Coast’s fastest-rising independent stars, Yip released his third album “Post Meridiem” this past October. Much like the season the album was released in, Post Meridiem is cool, calming, and beautiful. Consisting of introspective lyrics, melodic, cinematic compositions as well as Yip’s signature fusion of rock, pop, and folk elements, the album was entirely written and composed by Yip.

When Yip began writing songs for his new album, he knew he wanted to create something with a cohesive theme, but he wasn’t sure what he wanted it to be. After putting a couple of songs together, he noticed that there was a distinctly “domestic” feel to the songs, and described them as “an intimate series of vignettes.” The songs on Post Meridiem follow the passage of the sun as day becomes night. According to Yip, “It was really unconscious to me until it made itself clear to me then I started searching for it.” The consistency of the theme makes the album easy to listen to, as the songs flow seamlessly into one another. This is especially true for the first six tracks on the album. The opening track “(…)” is a soothing instrumental number that brings to mind images of nature as well as images of the beginning or ending of the day. It sets the tone for the album with gentle vibes, multiple instruments, and gradually intensifying sound.

Although most of the songs are mellow and downtempo, they don’t come off as somber by any stretch. Yip admitted that he was “(not in) a happy time in [his] life” when he put the album together, having just come out of a period of musical stagnation while simultaneously preparing to be married, which he described as exciting and scary. The ups and downs of Yip’s life at the time are reflected on the tracks, which makes them relatable. Yip believes that connecting with people over similar feelings and experiences is what music is all about: “My hope is that people listen to the music and think about it, and for one reason or another, feel more connected to other people. That’s what’s so powerful about art; someone you never met, or never will meet, can make something that feels familiar to you and makes processing the world easier.”

This article originally featured on The Underground online

It feels good to give gifts, and this Christmas, I’d like to give as many as my budget will allow–especially to you, the lovely readers of The Underground. ‘But Marcus, how can you get a gift for hundreds of people, one which they will all enjoy and that won’t put you even further in debt?’ The answer is ‘with music.’ This year, I’ll be celebrating the holidays by sharing my new music recommendations so that you’ll have something to listen to when you can’t bear to hear “Jingle Bells” one more time.

Have you ever gotten a gift and enjoyed it so much that you felt you had been missing out before it came into your life? That’s how I feel about Living Hour’s self-titled debut album. The Winnipeg-based five-piece released their debut in February 2016, but I didn’t learn of them until this past fall when they played an enchanting set at The Drake Underground.

The music of Living Hour isn’t the kind of music you dance and party to; rather, the members of the audience opted to sway side to side in a trance-like rhythm while the band played. You couldn’t hear a single side conversation, and even the members of the band themselves hardly spoke to each other, only exchanging directions and a handful of smiles.  My favorite parts of the night were the three-part harmonies on songs that rang through the air like a beautiful, haunting wail and the intermittent trombone notes. The vibe at the show was so low key that one of the few times lead singer, Samantha Sarty, spoke into her mic it was to request the lights be dimmed to be “less like a spotlight and more…moody.”

That quote is a fair reflection of Living Hour’s musical style. The band describes their sound as “psychedelic chill dreaminess,” and they are often labelled as a shoegaze or psychedelic dream-pop group. In the early days of Living Hour, the band spent time in various basements throughout southern Winnipeg, writing dreamy love songs inspired by the cinematic sky of their hometown. The pleasantly unreal feel of their music has persisted and continues to be a defining feature of their songs. The album combines fuzzy, melodic, psych-rock inspired riffs with washed-out textures and powerful, stirring vocals to create a sound that pours over the space and engulfs its audience. This quality makes for the perfect soundtrack for your summer chill sessions, day or night.

Moody is certainly a good word to describe Living Hour’s music but defining what kind of mood and which emotions it elicits is up for interpretation. None of the songs are innately “sad” or “happy,” with lyrics that can switch from joyful to crushing in the span of one song–listen to “Seagull”. While there are certainly elements of dream-pop on the record, the drums and the guitars that are prevalent throughout give it a little more edge, making it less sleepy than other similar artists and songs.  Guitarist Gil Carroll explains, “We were out to create our own little world. I definitely wanted to tap into a unique kind of headspace. I’m super into the Winnipeg local scene, and I love tons of the bands that come out of here, but I really wanted to create something that people might think was weird.”

It feels good to give gifts, and this Christmas I’d like to give as many as my budget will allow, including to you, the lovely readers of The Underground. But Marcus, how can you get a gift for hundreds of people, one they will all enjoy, that won’t put you even further  in debt? Easily, with music. This year I’ll be celebrating the holidays by sharing my new music recommendations so that you’ll have something to listen to when you can’t bear to hear “Jingle Bells” one more time. And because I’m a “Toronto manz” at heart, I had to keep it local, szeen?
Disclosure: I know both these artists on a personal level and consider them both friends.

Much Love by Eyeda Sophia: 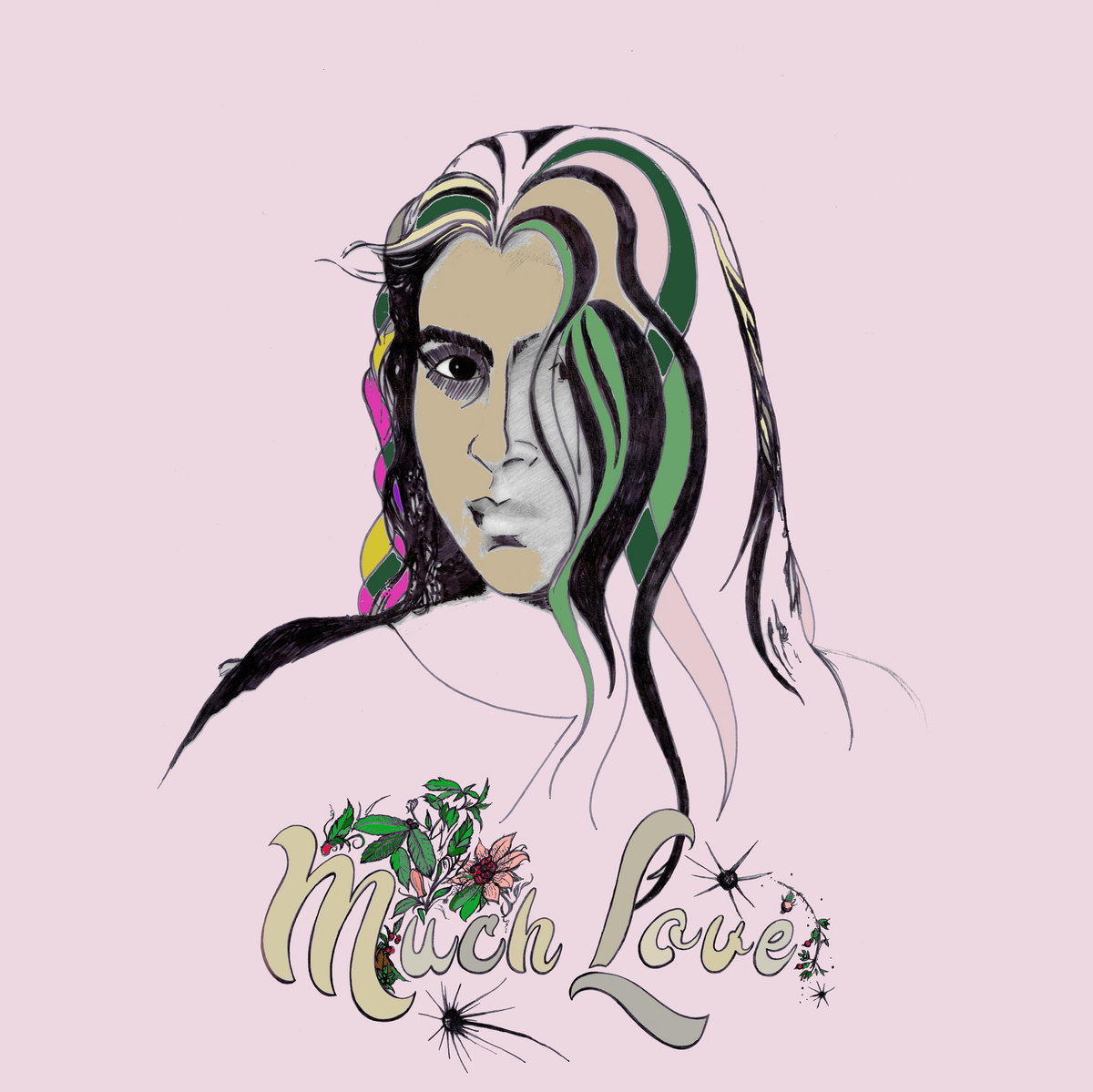 Eyeda Sophia, who also goes by the name 9 Eyez, is the rap component of the brother- sister duo Max & Eyeda. She’s 23 years old, bad as hell, reps North York, and is an absolute lyrical monster. I’ve had the pleasure of hearing Eyeda perform on several occasions, but her debut solo project ‘Much Love’ is unlike anything I’ve heard from her.

Eyeda is an incredibly gifted freestyle-rapper, but she’s really able to show
off her rapping skills when given time to write, which is evident with this project.
Eyeda describes the 6-track EP as a reflection of her beginnings: she sees it as an open-letter to her younger self. Many of the tracks on Much Love deal with the subjects of growth and femininity; there’s a strong sense of self that resonates throughout the whole record. The themes of the EP are reflected in the beats selected for the tracks, with many having a softer, low-key vibe.

Before Eyeda fell in love with hip-hop, she was strongly influenced by poetry and spoken word, having written both earlier in her writing career. Eyeda’s roots in poetry and spoken word are evident throughout Much Love, with tracks full of repetition, alliteration, tightly-woven internal rhyme schemes, and clever word play. A great example of this is the track ‘Meet Me,’ a welcome deviation from the many mumble-rap songs and half-baked sing-rappers that inexplicably dominate music charts.

Eyeda is a hip-hop purist but Much Love lacks some of the bravado and braggadocio flare that was once synonymous with hip-hop music, but that’s not at all a bad thing. The EP gives a personal and intimate look into the mind and life of Eyeda, and after listening to it a couple times, I felt as if I knew her better than I did prior to the project. Much Love is brimming with honesty, as it follows the precedent popularized by Kanye West and Drake that allows rappers to have and display genuine emotion. Although the record has a somewhat serious tone to it, Eyeda still makes room for humour, especially on the track ‘Time Piece.’
Standout tracks: ‘Meet Me’, ‘Open’

The Ball Park Tape by Stretch:

Stretch may be a man from Toronto, but he’s a far cry from a “Toronto manz.” In many ways, the 23-year-old is the opposite of your typical Toronto rapper; instead of begging you to check out his “fire mixtape”, fans of Stretch are often asking him where they can find his music. Despite being a high-profile figure involved in Toronto’s hip-hop/spoken word scene through RISE Poetry for several years, Stretch has kept his music relatively low-key. After releasing a track this past summer and another late last year, Stretch dropped his highly-anticipated debut ‘The Ball Park Tape’ at the end of October after working on it for 4 years.

As Stretch puts it, The Ball Park Tape is “Scarborough manz meets soul music,” and the description fits the mixtape like a glove. The 9-track record is full of live instrumentation and samples, giving it a unique and soulful sound. Stretch’s love and appreciation for music are partially results of his choir-school upbringing, a love which was nurtured by his parents who constantly have music playing throughout their home. The Ball Park Tape stands out from much of today’s hip-hop, and sounds like it could’ve come out in the early 2000s.

Given all of that and the fact that Stretch is also known as “The Fresh Prince of St. Clair”, it should come as no surprise that his debut is oozing with old school vibes. Toronto-native abstractabel made his production debut on The Ball Park Tape and produced the opening track ‘Abel’s Intro.’ The song sounds like it could be the theme song to a ’90s sitcom! It sets the tone for the rest of the record both in terms of music and lyrics. Everything about the project screams ‘throwback,’ from mentions of boxing icon
Muhammad Ali, to references to Disney’s ‘The Proud Family,’ and a sample from the Janet Jackson classic “I Get Lonely”– that’s only scratching the surface.